There's a rift between Hell and the mortal world, and lost souls have been escaping to torment the living. To deal with the problem, the King of Hell released Majeh, the greatest swordsman of the underworld, to stop the wayward souls.

I have no idea where scanlation groups get their raws, otherwise I'd give you that link as well. I honestly dont know for sure if the last group has officially dropped it or not, but the last update was about a year ago. This is a wonderful series and its so close to being fully scanlated.

I've checked some sites and seems like we have to purchase the raws in order to get it. Since we're a non-profit group, we can't purchase that, thus can't work on it.

My apologize and thanks again for the recommendation! 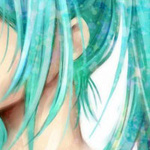 Aw darn. Thanks for looking tho!

Quick question, where do you get your raws anyways?

For Korean webtoons, we can download it directly from naver/LINE site. For others, usually we have to download it as package in free sites such as jcafe, or other forums that provide raws.

I hope this answered your question